I gazed into the mirror and applied a gray paste carefully to the top of my head with a spatula. The paste stuck to the remaining hairs, matting them together as questions of a new identity loomed on the horizon like the light of a new day.

The treatment would have been more effective if you had come two years ago, the woman with the Eastern European accent had said to me three days earlier. There is, she grimaced, not much chance now to stimulate regrowth. I nodded and thought of the months it had taken to summon the courage to get myself to that cold, dead room.

On top of feeling old, there was the creeping feeling that something in me wasn’t quite as it should be. Very sick people lose their hair, I thought. Samson’s fate had made me assign strength and virility to hair, and surely women would do the same. Every morning, the mirror spoke to me of frailty, proof that my halcyon days were fast dissolving in the rear view. Never again would I step out of the shower and rub a towel seductively through my locks. Applying moisturizer to my forehead became confusing. At which point did I stop.

I kept my hair very short so the areas where it thinned would be less obvious. But people would get curious anyway. “So are you losing it?” they’d ask. “Or do you just like having it shaved?” My reddening cheeks answered for me. Those who hadn’t seen me for a year or two would greet me with raised eyebrows.

After two years of denial and baseball caps, I dragged myself to the hair clinic. Returning home with the treatment as I described, I began to apply a gray cream to the top of my head each morning with a spatula. Is this all I am now, I would ask myself. A bald man. I had joined a club with a lifetime membership, a club in which all members share the same identity, an identity they wear without choice, not on their sleeves, but by dint of the little beam of light reflecting off the tops of their shiny heads.

As the morning broke on the third day of my new ritual and the paste I was applying began to congeal, matting my remaining hairs together in a sticky clump, I looked searingly into my soul and heard myself say…

This is fucking ridiculous.

Then and there, in front of that mirror, I gave up.

I disposed of the cream in the bin with some joy, and since that day I haven’t cared very much about my hair. It doesn’t affect me all that much anymore. That’s not to say I wouldn’t prefer to have loads—it just means I’d rather not care than waste time consumed by something I have no control over. Once I came to the realization that this was a battle I couldn’t win, it became pointless to try.

Beauty is Gene Deep but give me those little imperfections 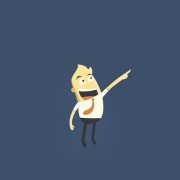 My first reaction is what beauty? I’ve definitely crossed over to the invisible side. I ...
Beauty

The Tattoo Taboo for the Asian Woman

Tattoos have been around for centuries. From the Native Americans to the ancient ...

Impossibly High Beauty Standards Are Ruining My Self Esteem

Impossibly High Beauty Standards Are Ruining My Self Esteem In my excitement, I ...

Want to Strengthen Your Relationship? Embrace the Little Things

For many, a sign of love or affection comes neatly wrapped up with ...

Is the Natural Hair Movement Coming to an End?

While watching some videos on Youtube one day, something off-topic came up on ...

Beauty is Gene Deep but give me those little imperfections

Q. Why do pretty people get away with murder? A. Preservation of the ...

Tomorrow is Often the Busiest Day of the Week